I pledge to use my office to advance the most progressive climate policy available in the U.S. Congress and proactively and publicly push for its swift passage. By signing this pledge, I commit to:

In addition to co-sponsoring all of the bills above in accordance with this pledge, members of Congress who are committed to using their office and power to advance the Green New Deal should also co-sponsor supplemental legislation that aligns with the vision and ambition of the Green New Deal. A list of such bills can be found here.

In the event that the pledge is broken, signers will be notified and given two weeks to come into compliance before their public recognition as a pledge signer is publicly terminated. 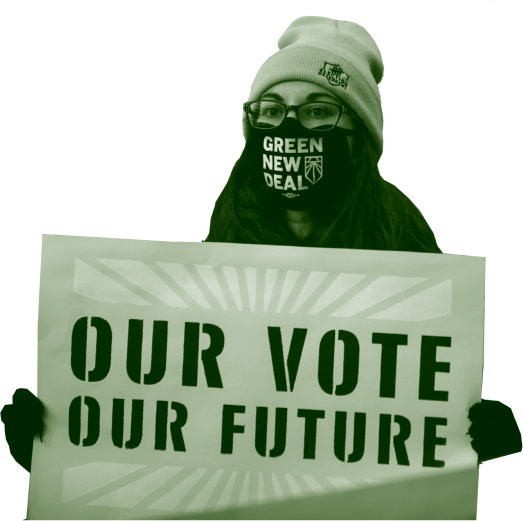